I have been an avid outdoors man and wood worker since before I was a teen. The first woodworking job I ever had was straight out of high school doing production craft projects in Ithaca New York. Wanting to travel and see more of the world I decided to join the US Army in 1981. After a four year term of being stationed in Alaska, Georgia and a few temporary duties stations. I got out and moved to Santa Barbara California and went to work in construction, but I wanted to do more of the finer things so I worked for a couple cabinet shops, where I learned fine finish carpentry and cabinetry working in some very high end homes in Santa Barbara and surrounding areas before deciding I needed to start my own business. I started my own company in 1990 and kept that business until 1998 when I decided I wanted to move my Wife and son of 2 years to a more rural area and get away from the city. We moved to Grants Pass in 1998 I worked for others here for a little over a year and came to the conclusion I cannot work for other people and started my business here in Grants Pass, as a finish carpenter. In 2004 I decided to build a shop and start doing cabinetry again here. Word got out and I had three large jobs lined up before my shop was complete. Business was strong until I went through a divorce and the economic down turn of 2008. I was able to keep busy but not the level that I was use to. So recently I decided to try other things and actually going full circle going back to craft and smaller production type work.
I took my love for the outdoors and started making landing nets, it seems like a natural transition. The first were nice but I wanted to make the finest net money could buy. A net that not only was beautiful to look at but be very strong and be built to last for generations. I put a few pictures on Facebook and got orders immediately.
They are done in a small production run of 10 -20 nets at a time, but no two are alike.
I am also building laminated wood fly boxes, fly tying stations, and so far for my own use, traditional long bows.
I plan on doing this business full time within two years and will be making the the fly fishing show circuit in 2017 if all goes as planned. 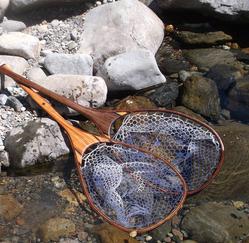 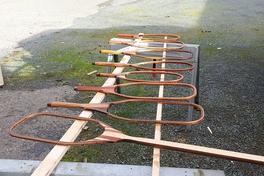 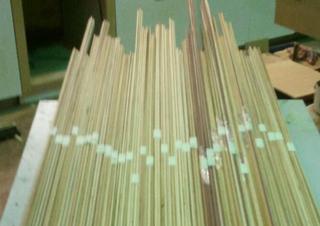 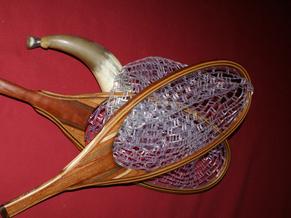 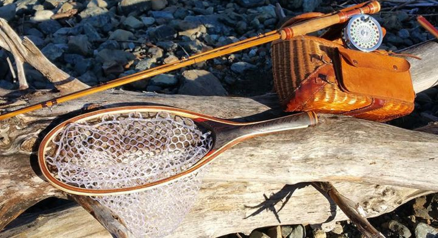 Custom One of a kind Wood Landing Nets